Contact me today to find out how I can help you start your adventure to Learn to Fly!

Live the Dream...Learn to Fly

Purchase below or Go HERE to purchase Flying Lessons.

Whether you want to fly through a cloud layer, or just advance your piloting skills, then it is time to start your Instrument Rating. I can teach you how to do that!

"Follow this and you will learn to fly:  Given power and pitch attitudes produce  predictable results"

Read This:
(All purchases are non refundable after 3 days. Applicable transaction fees + 25% apply for any refund. Rescheduled flights due to weather may be redeemed for an equal value for another date and time. Purchase price VALID FOR ONE YEAR from date of purchase and must be redeemed within one year. 48 hour cancellation notice applies for rescheduling or full amount will be charged/forfeited, excluding weather cancellations. Waiver must be signed. Minimum age - 16 yrs. Weight restriction applies). 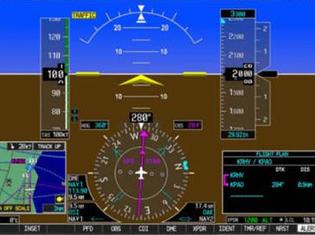 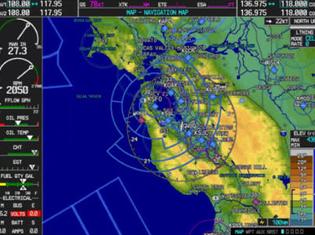 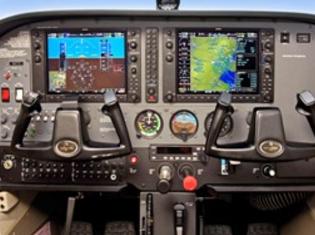 Once you have your private pilot's certificate and have flown around for awhile and gotten some experience, you might consider getting your instrument rating as the next challenge of flight training.

All that heading and altitude holding and trim practice will finally payoff with the increased workload of flying on instruments.

The most useful benefit of the instrument rating might be that it allows you to take off when there is a layer of overcast near and  around the airport, but conditions are VFR not too far away.  This is called IFR to VFR on Top and is an IFR procedure using an IFR clearance.

The following are the requirements for your Instrument Rating according to part 61.65:

(1) Except as provided in paragraph (g) of this section, 50 hours of cross-country flight time as pilot in command, of which 10 hours must have been in an airplane; and

(2) Forty hours of actual or simulated instrument time in the areas of operation listed in paragraph (c) of this section, of which 15 hours must have been received from an authorized instructor who holds an instrument-airplane rating, and the instrument time includes:

(i) Three hours of instrument flight training from an authorized instructor in an airplane that is appropriate to the instrument-airplane rating within 2 calendar months before the date of the practical test; and

(A) A flight of 250 nautical miles along airways or by directed routing from an air traffic control facility;

(B) An instrument approach at each airport; and

(C) Three different kinds of approaches with the use of navigation systems.

Are you curious about the glass panels available in general aviation aircraft?

There have only been a few major changes in general aviation in the last 50 years, and this is one of them.  In 2003 both Garmin and Avidyne came on board with their versions of the glass cockpit.  Cessna, Cirrus, and many other aircraft now come equipped with the glass cockpit as standard equipment.

The PFD (Primary Flight Display) has all relevant information for the flight on one panel display, except for the engine instruments which are on the MFD (Multifunction Display). You can do everything on the PFD, including enter and modify your flight plan, monitor your position on the moving map, monitor other aircraft, enter all com and nav frequencies, get to the nearest airport, waypoint and other nav information features, and still fly the airplane monitoring all of your flight instruments.  You can also refer to the MFD for fuel and engine monitoring, and the large moving map with its many additional features such as terrain awareness and traffic advisory systems. The large panel display screens make it easy to monitor lots of information.

The G1000 offers increased safety through multiple backups for critical components, and a standby battery with standby instruments similar to the level of safety the airlines incorporate.

Your transition flight training will include sessions in the G1000 simulator for familiarization with the glass panels and the associated buttons and knobs.  You will also start developing your scan for the tape style instrument displays by flying the simulator.  The C172S G1000 has a few additional startup and operational procedures.  Once familiar, the main focus of the flight training will be to develop an understanding and proficiency in your scan and operation while flying the airplane safely.

West Valley Flying Club has two Advanced Aviation Training Devices (A-ATD), and San Carlos Flight Center has one.  Any of these can be used for 20 hours towards your instrument rating.